Gucci Spring/summer 2016 menswear collection. So Gucci kicked off their new collection with their jaw dropping pieces. It may have not been for all good reason lol, but well enough The collection worked well together. The pieces where a gender mixture this time a round giving it a beautiful touch for both men and women to wear. The vibrant materials worked well with the entire mood of thecollection.  Gucci brought back an era when Rock and glamour was big. Yes, the style was done before Bowie and Jagger hit the scenes, but it's a look that they have mastered to a science! Michele, the head designer at Gucci even design a custom dress for Georgia May Jagger for the Met Gala earlier this year. I'm sure there will be a lot of women wearing Gucci's new 2016 menswear collection on the red carpet. A lot of the pieces may become very popular amongst the Gucci female customers. I think this collection will be hit with some and a miss with others. Either way I have to give a big round of applause to the new head Designer Michele for having to put together a collection so suddenly. I was told that the last designer left abruptly leaving the hectic job to Michele who pretty much had to start from the beginning. He added only a few of the already made pieces from the previous designer to his line since it joined nicely with the new collection.   Check out some of the photo's from the Gucci eye catching Spring/Summer 2016 collection. 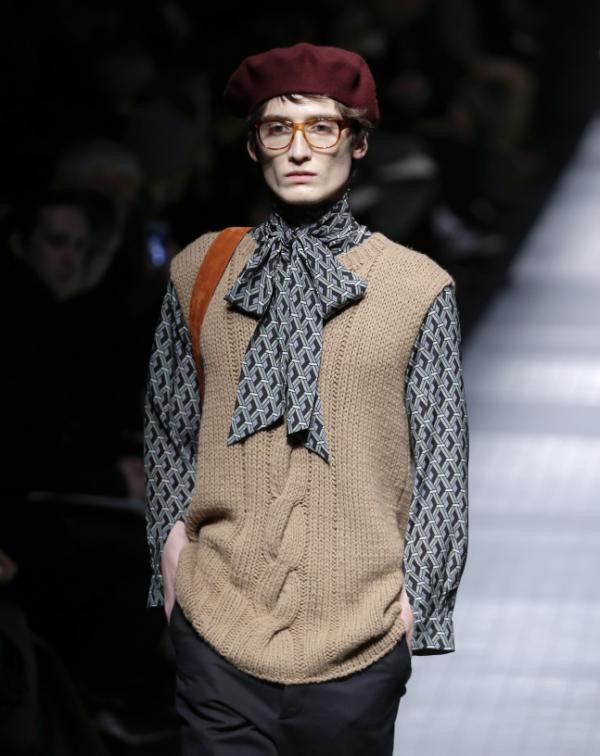